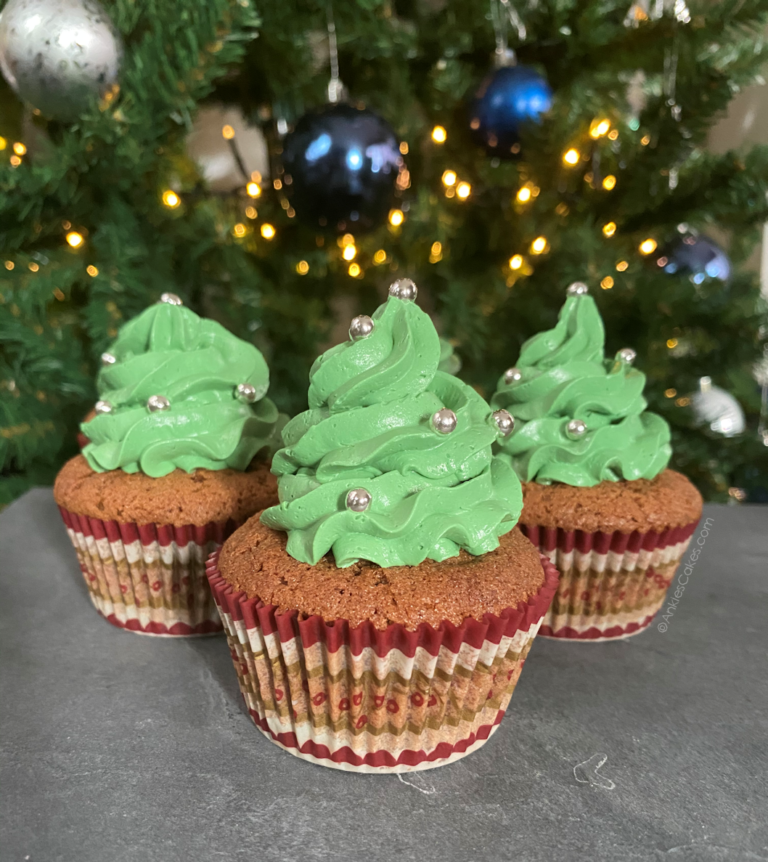 Merry Christams everyone!! I wanted to bake some cupcakes for Christmas agian 😀 But didn’t want to make the same as last year. I already decided on the look wish I wanted to be a buttercream Christmas Tree on top. And after some thought, I decided to make a Christmas spiced cupcake, with a cookie bottom, yum!

So for the cupcake itself I started with crushed speculaas cookies and added some butter and corn syrup so it would stick together. Then I scooped about a tablespoon in each cupcake liner and pressed it on with a spoon. When that was done I went on making the cake part. I started with a vanilla cupcake recipe and added about a tablespoon of speculaas (or Christmas) spice. Mixed it again till it was fully incorparated and than scooped it on top of the cookie crumb base. Then it was time to bake them.

For the decorations, I made some Swiss meringue buttercream and dyed it green. I put that in a piping bag with a big star tip. When the cupcakes were completely cooled I piped the Christmas trees. They are just high rosettes of buttercream haha. In the store I found some silver sugar pearls witch were perfect as little ornamants, so I dropped them on the buttercream one by one. And that was already it! haha Super easy and delicious!