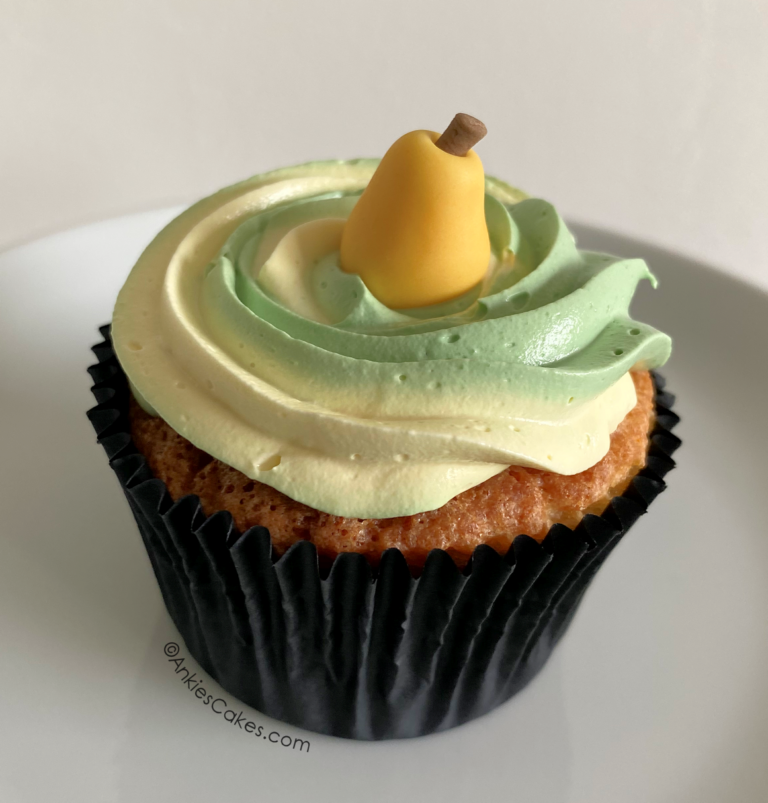 A friend of mine wanted quince-themed cupcakes for her party. But for the flavour, she just wanted normal pear. So I ran with the idea and we came up with these cupcakes. They were really nice, I have to say so myself haha.

I started by making all the other components first. So I made a pear compote so that it could cool down. And I made the quince toppers. I made them by colouring some fondant yellow and a little bit brown. I rolled the yellow fondant in balls and then with my index finger I rolled one side a bit longer so they would become pear-shaped. Then with a modeling tool, I poked a hole in the top and with a tiny brush added some water so the stem would stick. For the stem, I used my fondant extruder to make a long cord, cut it up into tiny pieces, and put them in the hole I made with the modeling tool. 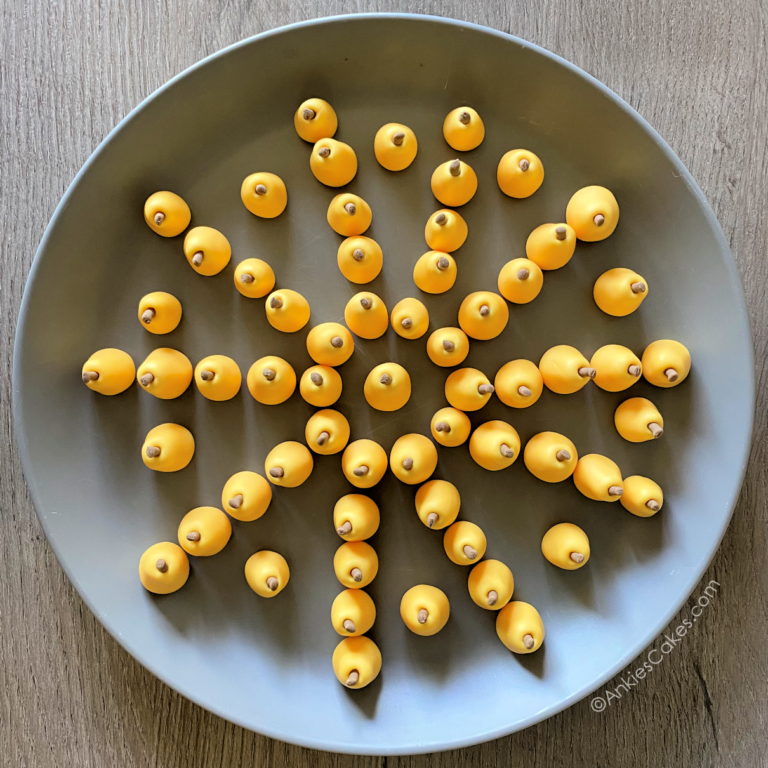 When the compote was cooled and the pears were ready I baked the cupcakes. I baked vanilla cupcakes. When they were cooling down I made the Swiss meringue buttercream, I coloured half green, like a normal pear, and the other half yellow, like a quince. Then on a piece of plastic wrap, I dolloped a stripe of green buttercream using a spatula, and next to it a stripe of yellow buttercream. I rolled this up and put it in my piping bag with a big star tip.

En then the cupcakes were done! They look really cute and also tasted very nice. My friend was really happy with them 😊