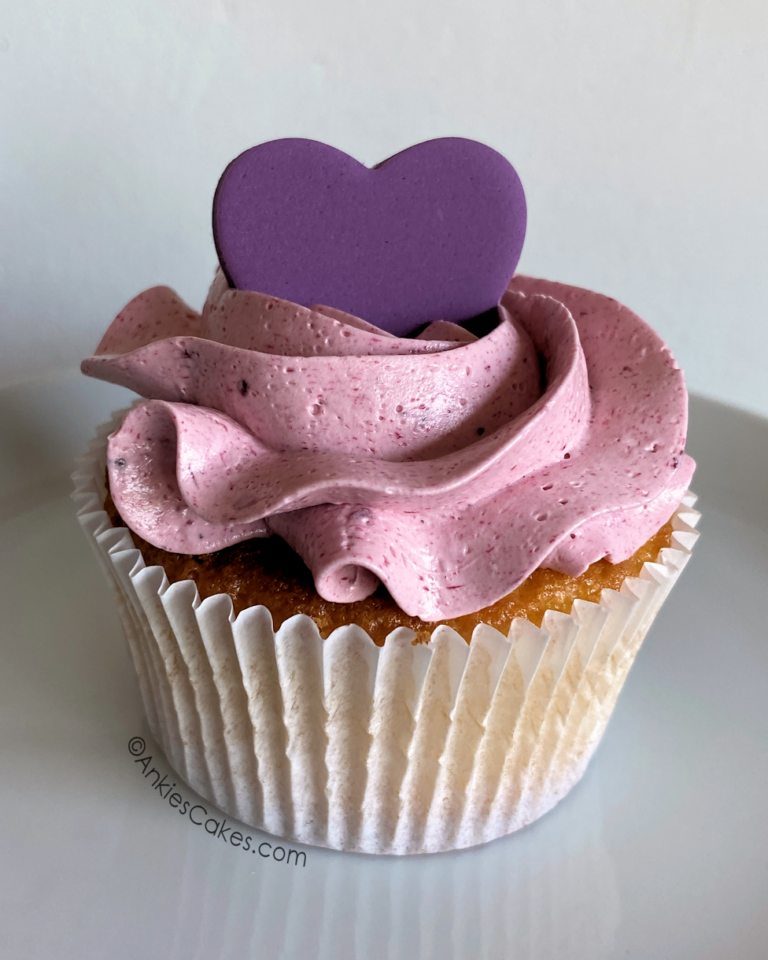 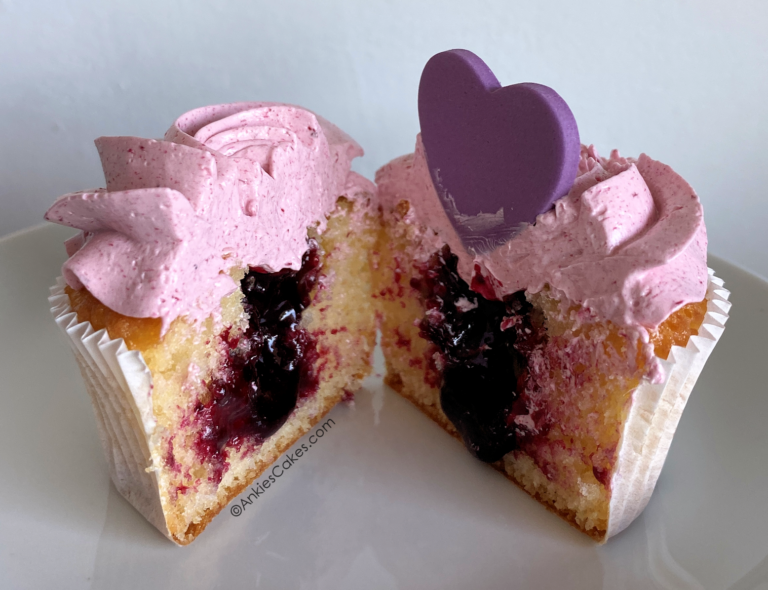 I made these cupcakes for a registered partnership celebration. They wanted vanilla and berry-flavoured cupcakes, which is a really nice and tasty combo! And to top it off different coloured harts. I chose 6 different colours so there were 2 of each heart in one box of 12 cupcakes.

I started by making the fondant hearts, the reason I made them first is so they could harden and would stand upright in the cupcakes. For this I coloured small amounts of fondant in the colours; purple, blue, green, yellow, red and left some white. I rolled each colour out to about half a cm. And then cut out some hearts with a heart-shaped fondant/cookie cutter.

Then I baked the vanilla cupcakes. While they were cooling down I made the berry jam, I used the recipe from CupcakeJemma which is really yummy! She calls it goo tho instead of jam XD This also needed to cool down so I started on the Swiss meringue buttercream. When everything was at room temperature it was time to decorate. With an apple corer I cored out a bit of cake in the middle of the cupcake and filled it with the berry jam. I did this with a piping bag but a small spoon would work as well. Then I mixed some of the berry jam into the buttercream until I liked the taste of it. Then I put that buttercream in a piping bag fitted with a 1M star tip. And I piped rosettes on top of the cupcakes, this is a piping technique where you start from the centre and swirl out instead of out-in. Then to top the cupcakes off I put one of the coloured harts in every cupcake. 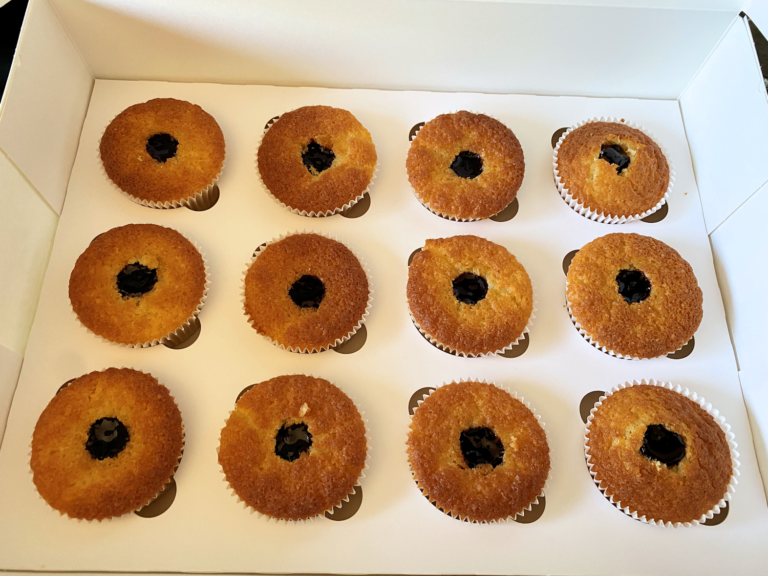 And then the cupcakes were all finished. They look so cute! Looking at them in the box with all the different coloured harts looks really pretty. The couple also liked them. I hope you had a lovely day! 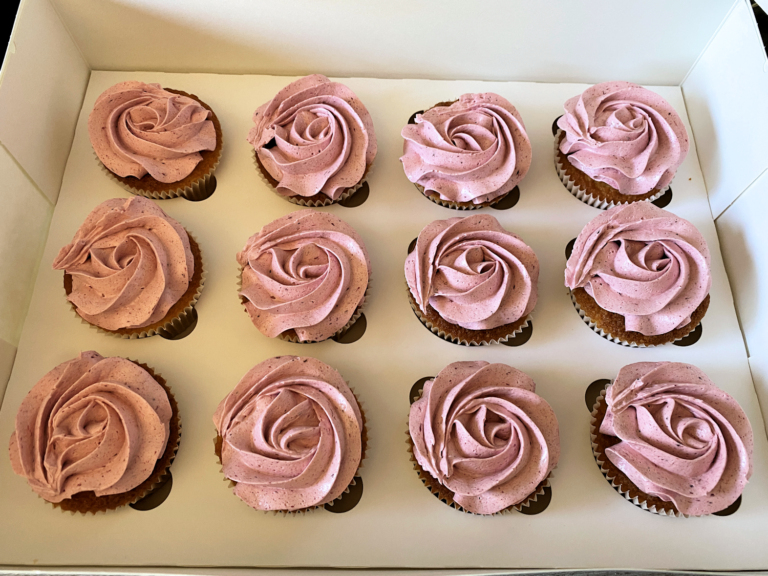 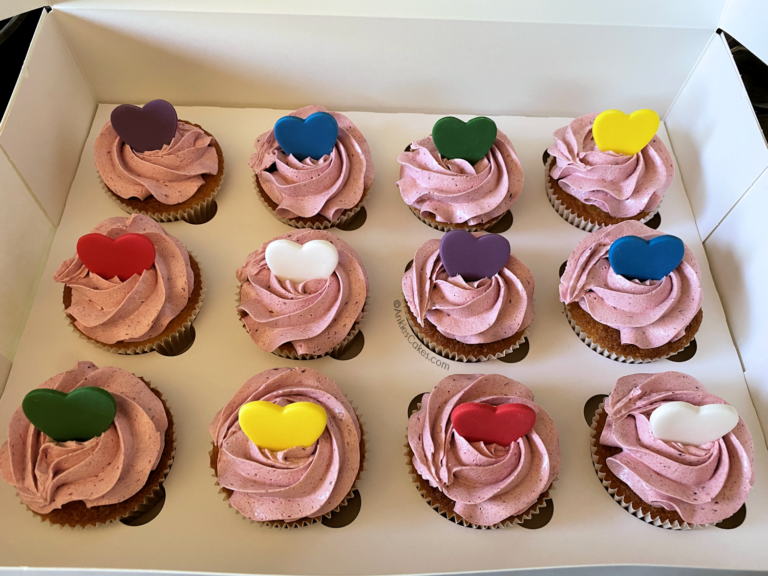