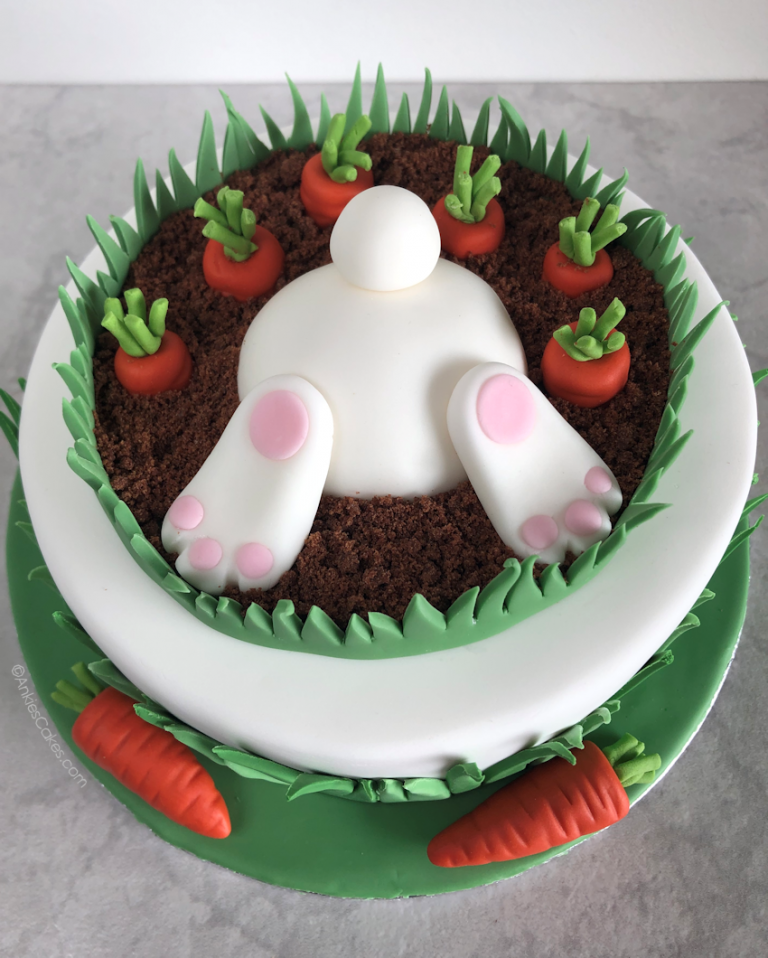 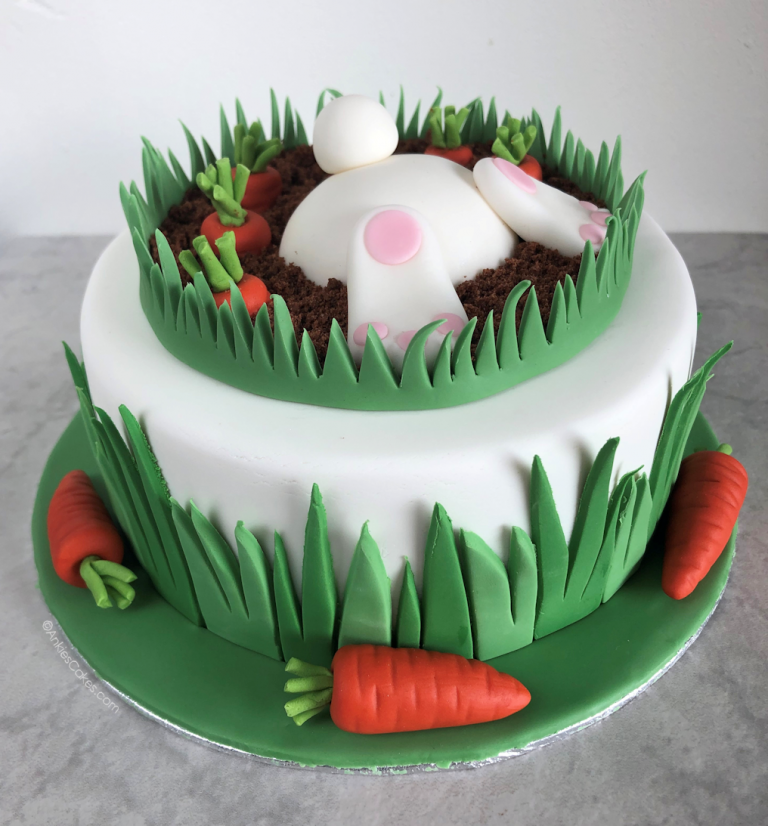 I made this easter cake for a friend of mine, she wanted a quarantine easter birthday cake. So yeah why not?! haha. Since it will (hopefully) only happen once in your life, it needs cake! So of course I wanted to make it for her <3

I asked her how she wanted the cake to taste. And most of the time people don’t really know what they want or even what options there are. But she actually knew what she wanted I just had to help her to think in a cake way XD That was really nice. So I baked a banana cake and normally I would ice my cakes in Swiss meringue buttercream, but she wanted white chocolate, so I iced it with white chocolate ganache instead. And as a filling she wanted vanilla pudding. So I made creme patissiere which is a sort of vanilla pudding, but a bit sturdier for a cake :) And to make sure it didn’t run out of the cake I piped a border of the chocolate ganache first and then filled it with the vanilla pudding.

And then of course the cake decorating. I made the bunny and the carrots first. These parts I made with modeling paste from CakeDutchess (I also used her tools which are amazing!), I really recommend this paste if you like modeling or want to start doing it. It is really amazing stuff and it tastes nice 😀 After that I covered my cake with fondant and made the grass details. I thought it would be more fun to make 2 different colours of green so there is a bit more going on in the grass than just one shade of green. So I made the darker green first and then took a bit of that and added it to some white fondant. Then it was just a matter of rolling it out and cut grass like shapes, I did this with a small wheel cutter, but you can do it with a knife too. Then I just glued it to the cake, I use piping gel, just because it is a bit more sticky and I’m sure it won’t come of on its own. But water will also do. The top grass bit was more difficult, because my wheel cutter wasn’t small enough, so I used a knife which worked perfectly! Just took a little bit longer. For the dirt I bake some chocolate cookies and just smashed them with a rolling pin (that was fun haha). I placed the bunny and the carrots in first, then I added the cookie crumbs with a tiny spoon so it would fill in al the nooks and crannies. And that was the cake done 😀

I had a lot of fun making it!