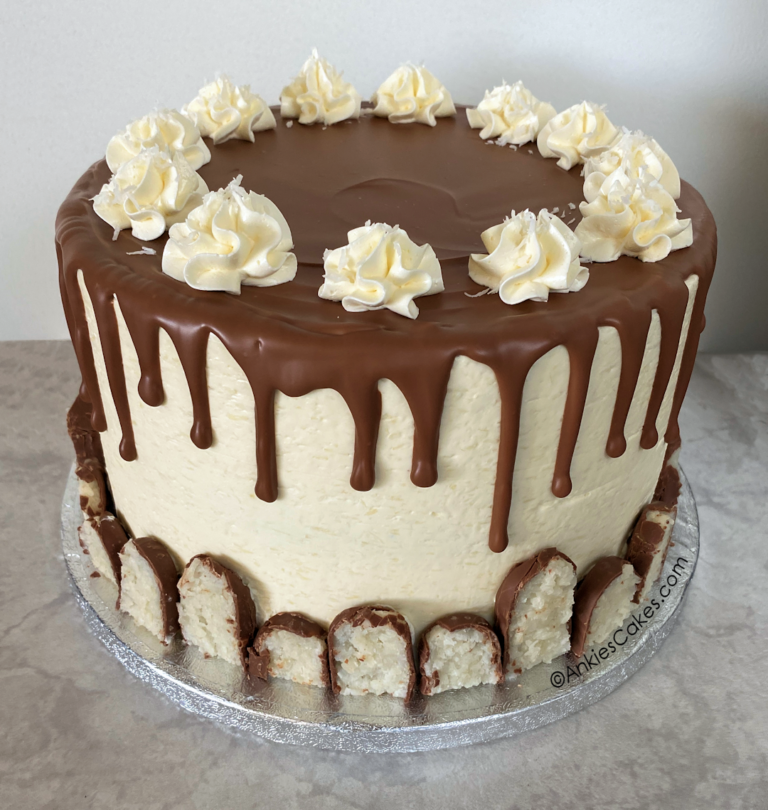 This is one of my birthday cakes! My boyfriend and I both really like Bounty’s and coconut. So why not just make a Bounty cake? So I did!

I started by baking 2 layers of chocolate cake and one layer of coconut cake. Then I made some Swiss meringue buttercream and added sweetened shredded coconut to it, yum! For a more coconut flavour, you could also add a bit of coconut milk to the buttercream. And I sliced some Bounty’s in half length-wise. Then I stacked the cake, starting with a chocolate cake layer, then a thin layer of buttercream to lock in the crumbs and piped a border of buttercream. Then I placed the Bounty halves on the cake, this is just a bit of playing Tetris XD, but by breaking/slicing the Bounty’s it fit quite nicely. Piped some more buttercream on top to make the next cake layer stick, which was the coconut cake. I repeated the steps for the filling and then the final chocolate cake layer on top, and it was time for crumb coating and chilled the cake in the fridge before the final layer of buttercream. 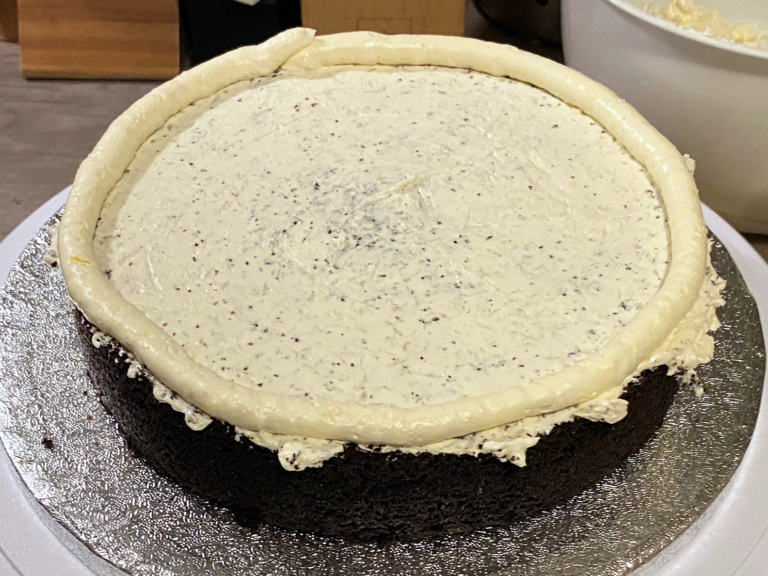 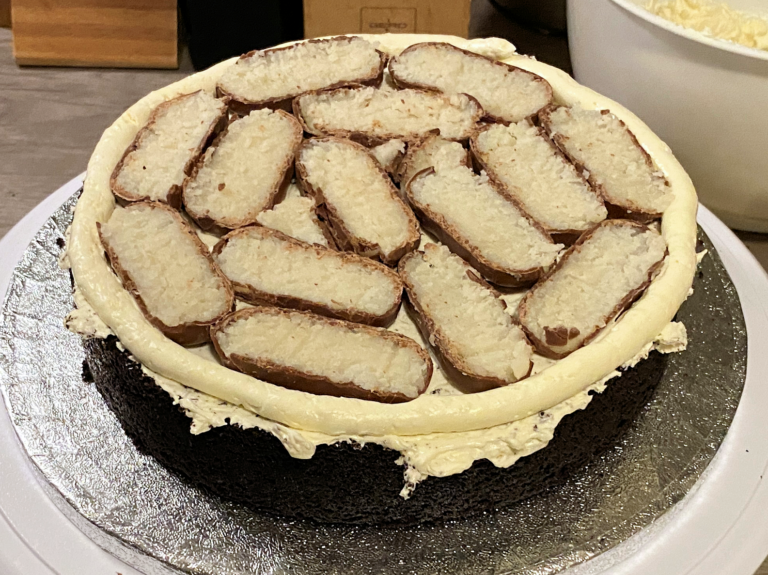 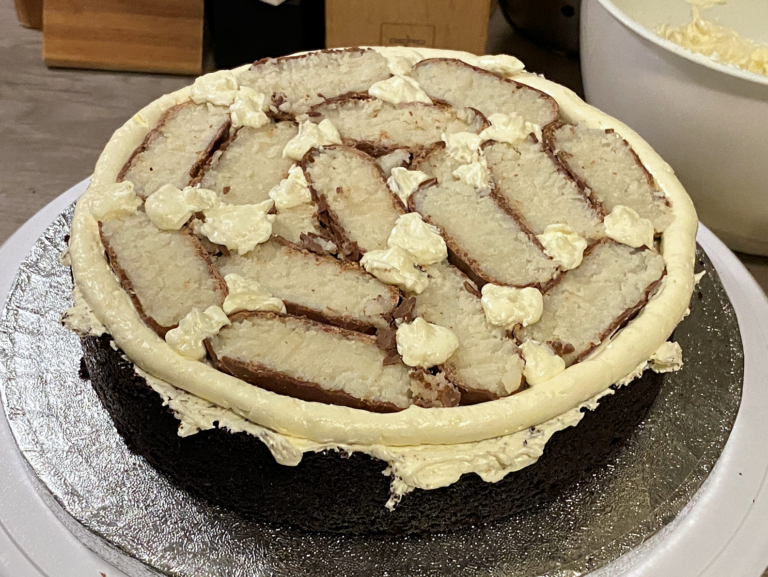 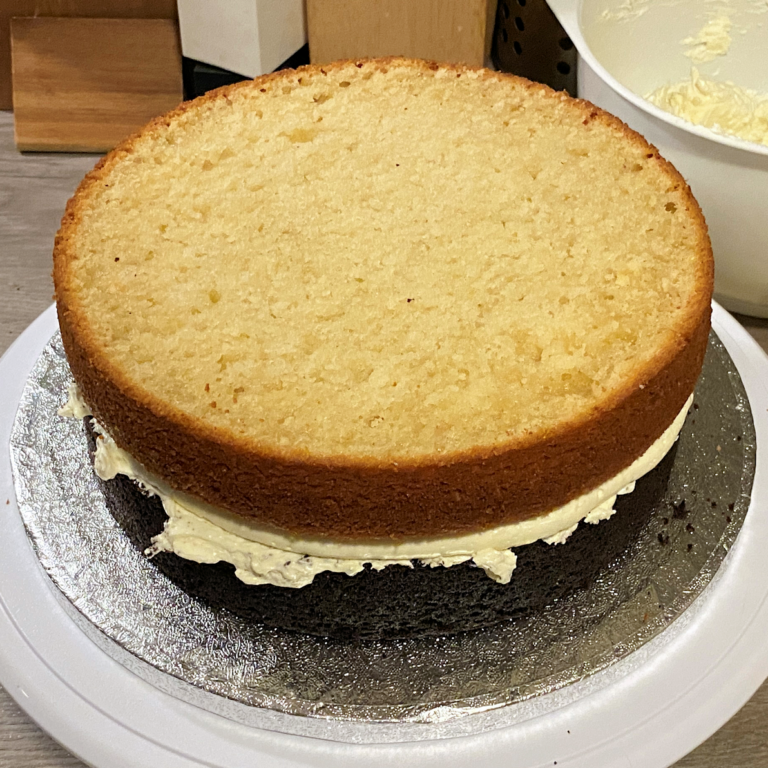 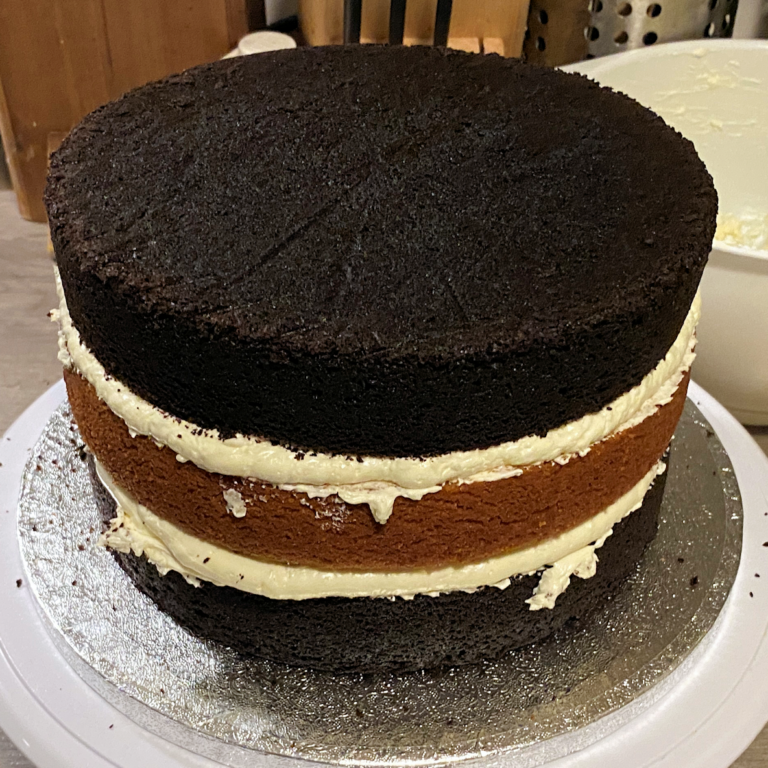 When the cake was firm I iced it with a final layer of coconut buttercream. Then I started on the chocolate drip. Normally you would want a chocolate ganache to make the drips, this doesn’t firm up completely as normal chocolate would do, so it would be easier to cut. But I wanted to be like a Bounty so I just used melted chocolate, so it would firm up like chocolate and crack when you cut and eat it. 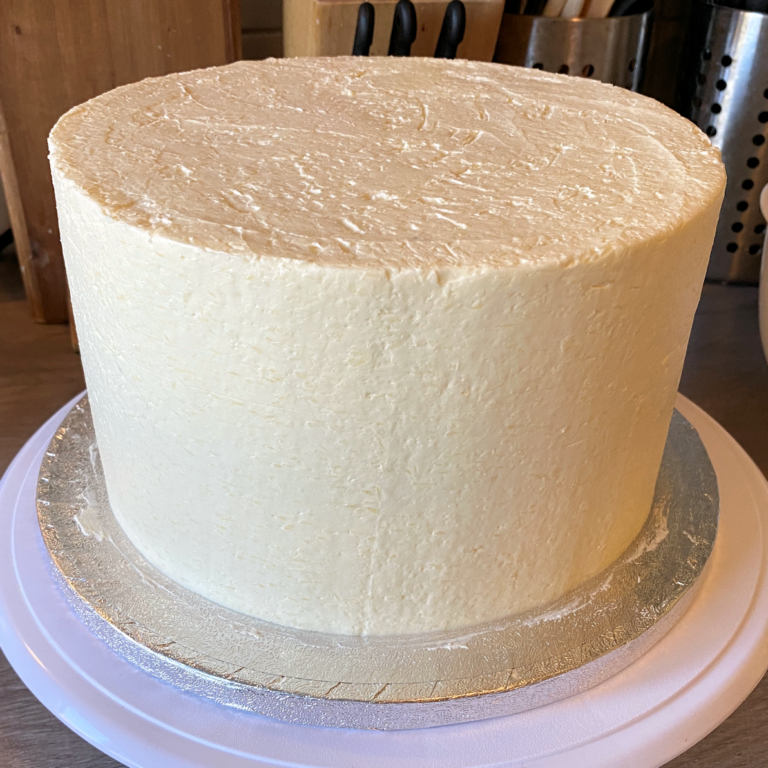 And then the cake was finished! I think it looks quite pretty, and it tasted really nice! If you like coconut give this a try, you can make it as strong of a flavour as you want.

I actually sliced this cake in half and added half of the M&M’s Crispy Cake (to make 1 cake again) and piped some chocolate ganache on the seam. I did this because I had another birthday party the next day and didn’t want to make the same cake twice, but this way I gave all my guests a choice of cake flavour.