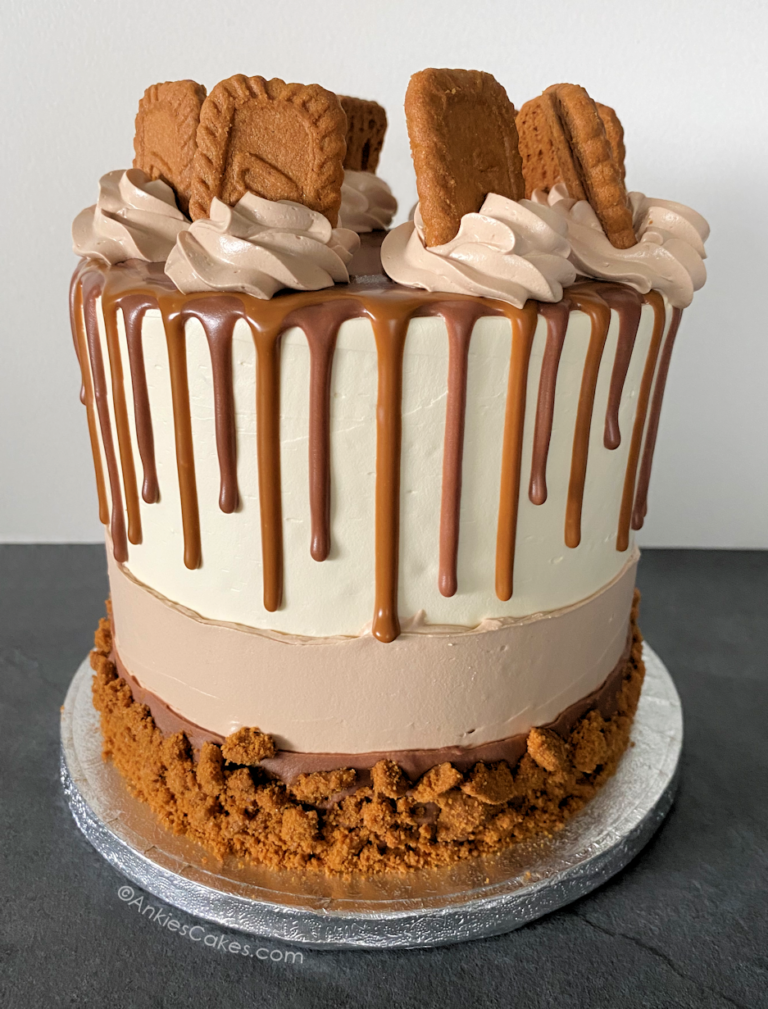 I made this cake for my birthday! It is a bit late… but good things take time right?

This year I wanted to make it myself a bit easier by just making a buttercream drip cake instead of a character cake with fondant. So I decided on a drip cake with Biscoff and chocolate, because what is better XD

I started by baking four 6″ chocolate cakes, and while they were cooling down I started on the buttercream. I made Swiss meringue buttercream and to some of it, I added as much melted chocolate until I liked the taste. And let me tell you, it is THE best!! seriously XD I used this buttercream for the filling and the border on the bottom. The rest of the buttercream I left vanilla. I also crushed up some Biscoff biscuits to add them to the filling for a nice crunch. So then I started stacking the cake I layered; cake, chocolate buttercream, Biscoff crumbs and repeat. When the cake was stacked I crumb coated it with the vanilla buttercream, and when that was set (in the fridge) I iced it for the final time, also with the vanilla buttercream.

For the decorations, I started by making some ganache for the drip and the border on the bottom. I made it first since it has to set up to a paste to spread it on the cake like buttercream. So while that was cooling down I added the bigger border with the chocolate buttercream with an offset pallet knife and a cake smoother. Then I added the ganache border and pressed some Biscoff crumbs against it. It was kind of messy but once you’ve cleaned it up it is all fine haha. Just make sure you add it over a bowl or something so it won’t go literally everywhere haha. Then I was ready for the drip, but since my ganache was set up to make that border I put it in the microwave for just 5 seconds at a time to melt it a little again enough to drip it not to make it warm. I added that to a piping bag and started dripping, I made sure to leave a bigger gap between the drips because I wanted to drip with Biscoff spread as well. Then I put some Biscoff spread in the microwave to make it more fluid since it is a paste. I also put that in a piping bag and dripped it in between the chocolate drips. Then with some more of the ganache, I filled in the top of the cake and smoothed it out with a pallet knife. When the ganache and the Biscoff drips were a little set. I piped some rosettes with the chocolate buttercream and finally added half a Biscoff biscuit to each rosette. And that is the cake finished.

I think it looks sooo pretty! And delicous ass wel haha. It was a lot of fun to make. My friends really like it and were wowed when it came to the table.
With thanks to CupcakeJemma on YouTube for the idea and recipes, I did change some things tho. 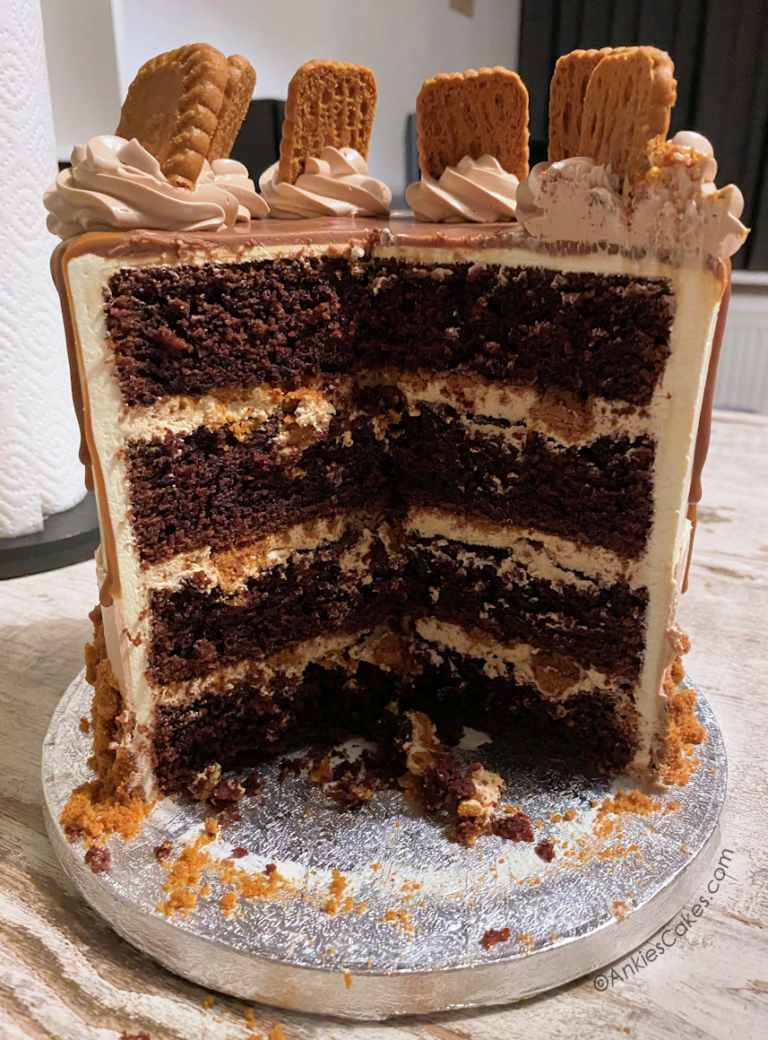