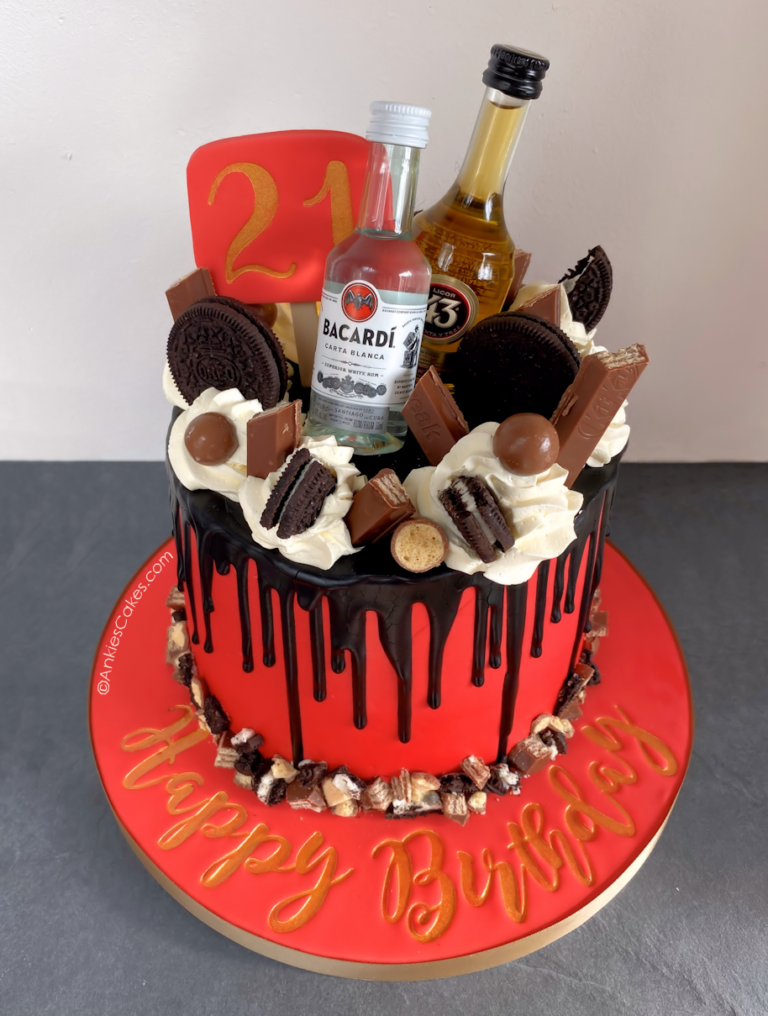 Happy Birthday to my sister in law’s boyfriend!!!! He turns 21 today

So my sister in law asked me to make his cake, and of course, I said yes, even if I didn’t really have the time haha XD She wanted a drip cake with KitKat, Oreo’s and Maltesers on top. And for the colours, she wanted red and black. So we decided to make the drip black, becauseee… well… I think you know why red would not look great

So I baked three 6 inch round vanilla cakes and made some Swiss meringue buttercream. To about three good spatula scoops full of buttercream I added some apricot jam to taste. Her boyfriend apparently really likes apricot. Then I started to stack the cake, first I levelled my cakes. Then I putt one layer of cake on a cake board and added some of the apricot buttercream on top and smoothed it out. To make it a bit more apricoty (? haha) I added a tablespoon of the apricot jam on top of it. Then I layered on the second cake and repeated with the buttercream and jam, then I laid on my last cake and crumb coated the entire cake and chilled it in the fridge for about half an hour. I was going to cover the cake in red buttercream, but to make red red buttercream you need quite a lot of food colouring. So to make sure people would not get that red of a mouth I iced my cake again in the white buttercream so I could just add a thin layer of the red buttercream. So I actually iced my cake twice haha

. So when I did the white buttercream layer I placed it back in the fridge for another 30 minutes. In that time I coloured my buttercream red and after those 30 minutes took the cake out and iced it for the last time (with the red buttercream). I placed it back in the fridge to set and started to make the black ganache. To make the easiest black ganache without a lot of food colour I made dark chocolate ganache and when it was still liquid I added the food colour until it was nice and black. Then I set it aside to cool down and go to a bit firmer consistency for the drips. When the cake was chilled and the ganache was at the right consistency I poured it into a piping bag, cut off a small tip and made the drips, when I was all around I spread some more on the top and smoothed it with an offset pallet knife, and back in the fridge to firm up. 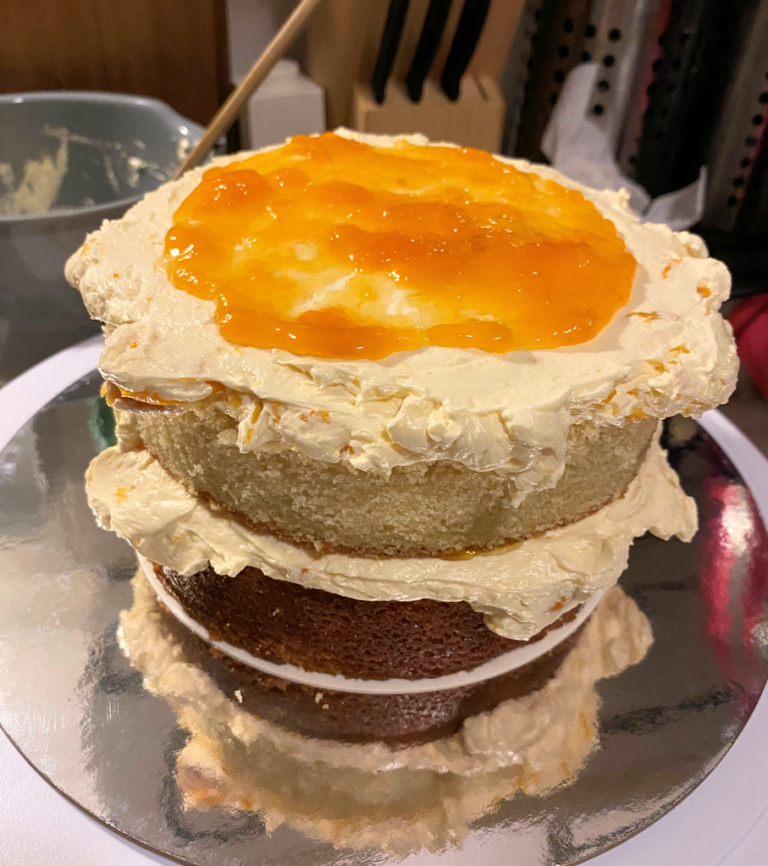 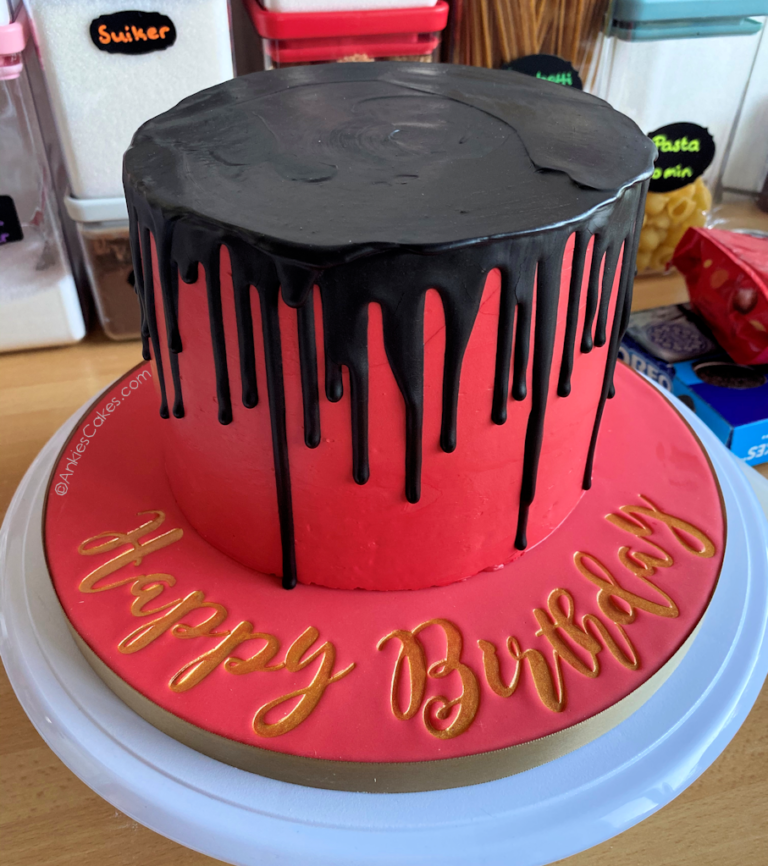 Then it was decorating time, I started by making the cake board. I rolled out some red fondant, brushed on some water on the board and draped the fondant over it. I smoothed it with a fondant smoother and cut off the excess. Then with my SweetStamp set in the fond Elegant, I pressed “Happy Birthday” in the fondant and painted it with gold edible paint. I did the same for the “21” but cut out a random shape and I added some tylose powder to the fondant to make it set harder and quicker. When the “21” was firm (about 1 – 2 days) I glued on a popsicle stick with some piping gel. When te board was also hardened a bit a transferred the cake onto it. Then I piped white buttercream rosettes on the top of the cake and added the chocolate candies. We choose for Kitkats, Oreo’s and Maltesers, but you can add whatever you want of course. I cut some in half or other shapes and added them randomly on the buttercream rosettes. To make the bottom of the cake a bit nicer I cut up the candy’s a bit more and added them with a teaspoon to the cake, I dusted off the loose crumbs. And for the last bit, I added the “21” and my sister in law added the bottles. And then the cake was finished!

I really like how it turned out, it might be a bit too red… but it still looks cool. My sister in law and her boyfriend both really liked it, now to hope they also like the taste of it haha. Happy Birthday again! I hope you have a great birthday!! 🥳🎈🎉