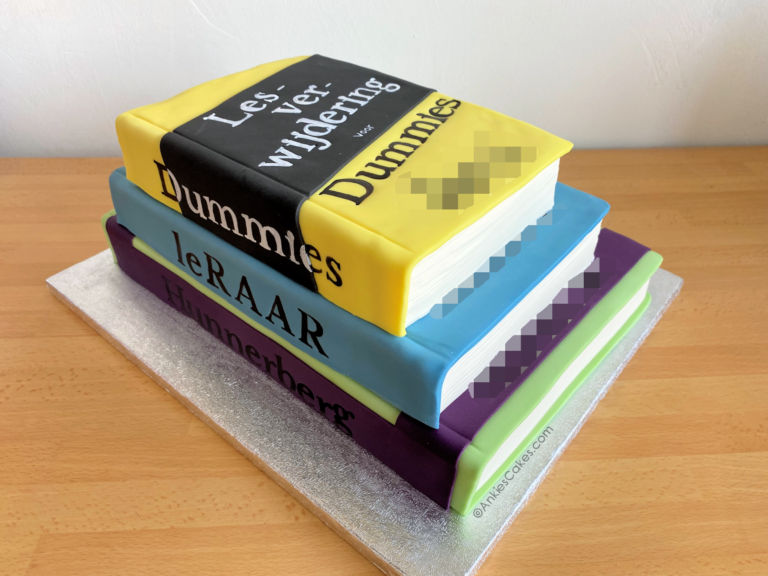 I made these books for a combined birthday party. They are colleagues in a school, so the titles are school-related. When they put it out on the table for people to eat, some colleagues just walked right past it and didn’t notice it was a cake. They look a little weird because why is there a stack of books in the canteen XD When they found out they were quite impressed and really liked the cake. Most of them even took 3 pieces to have a taste of every cake, since I made 3 different cakes.

I started by baking a vanilla cake in a 9×13″ pan, a lemon cake in a 10×10″ pan and a chocolate cake in an 8×8″ pan. When they were baked and cooled down, I started carving them. The vanilla cake was almost the right size but I sliced a little off to make it 20×30 cm (8×12″), I cut the lemon cake to 17×25 cm (7×10″), and the chocolate cake to 14×20 cm (5.5×8″). Now all the cakes were a rectangle, like (school) books. All 3 cakes were also cut in half to give them a filling. For the vanilla cake, I made a mandarin filling, I whipped some cream and added mandarin wedges from a tin (without the juice) and some mandarin flavouring paste to taste. The lemon cake was filled with raspberry filling, I made that by whipping some cream and adding raspberry jam to taste, this one was sooo nice! And for the chocolate cake, I made strawberry filling, I made it the same as the raspberry filling but then with strawberry jam, yum! Since whipped cream filling is quite runny I piped a border of Swiss buttercream first so the filling would stay in. Then for the chocolate and lemon cake, I spread a little of the jam on the cake and then poured in the filling. Then stacked it with the other layer of cake and gave all 3 of the cakes a crumb coat with the Swiss buttercream. 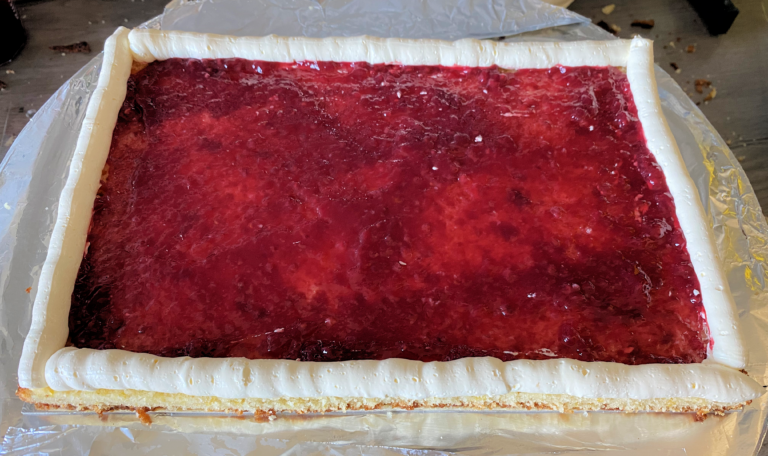 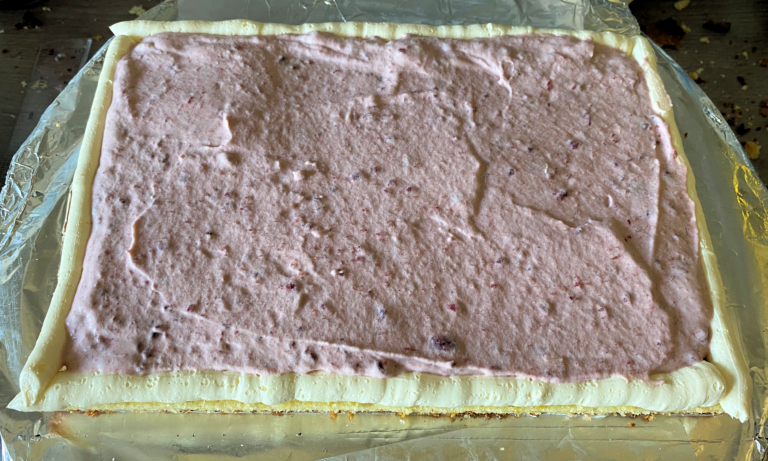 After a final coat of Swiss buttercream, it was time to decorate. I started by colouring all my fondant so I could just keep going with the decorating. Then I started by rolling out white fondant in a long strip, long enough to wrap around the 2 short sides and 1 long side of the cake for the pages. I cut that fondant higher than I needed it to be so I could cut it flush to the cake. I rolled the fondant strip on a rolling pin to make it easier to transfer to the cake without stretching or wrapping the fondant. I quickly cut it to the length so not a lot was hanging over and pulled on what was on the cake. At this stage, I indented the pages by running the back of a knife horizontally across all 3 sides. When I was happy with how that looked I put it in the fridge to let de fondant harden a bit so it would be easier to cut it flush to the cake. When I was done with all 3 cakes I went back to the first one to cut it flush to the cake since it was already a little harder. For this, I just took a sharp knife and slowly cut away all the access fondant on the top of the cake. I also cut the side (where the spine will be) straight with the cake.

Then it was time for the cover of the book. I rolled out the colour of fondant I planned for that book and measured it so it would be big enough, then I cut a rectangle slightly bigger than the cake so it would cover the spine and the front cover of the book. With a dresden tool, I added the fold that you see on a hardcover book next to the spine. Then I flipped the book over to cut the fondant so it would still stick out a bit like a real hardcover book would look. I took some skewers as a straight guide for me to cut, I placed them against the ‘pages’ and cut against them. Then I rounded out the corners a little bit. Then I flipped it back to the right side. When I had done this for all 3 books I started on the text.

When I was done with all the painting, I let them rest overnight so the paint would dry. Then I stacked them on top of each other and the cake was done!
I learned quite some things with this cake, and the end result was so satisfying to look at, I am quite proud of myself 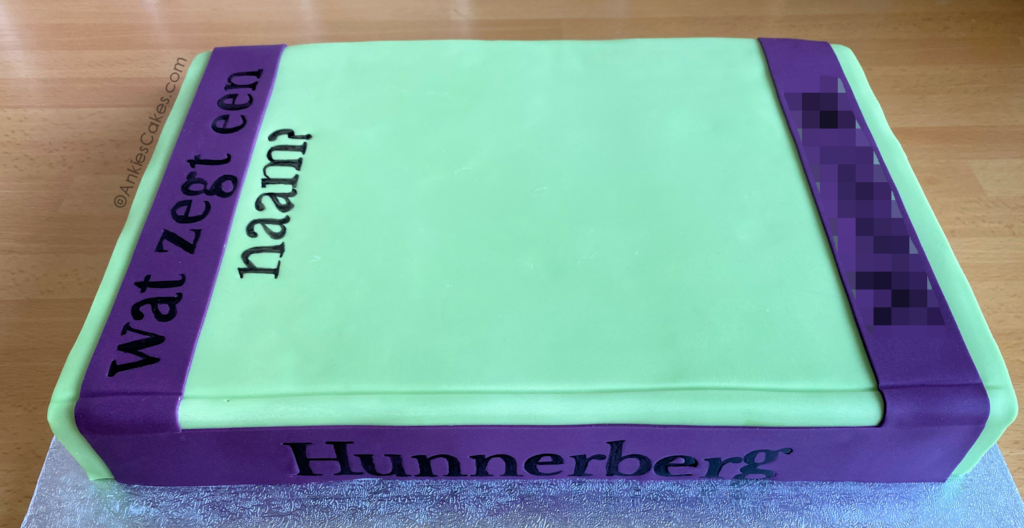 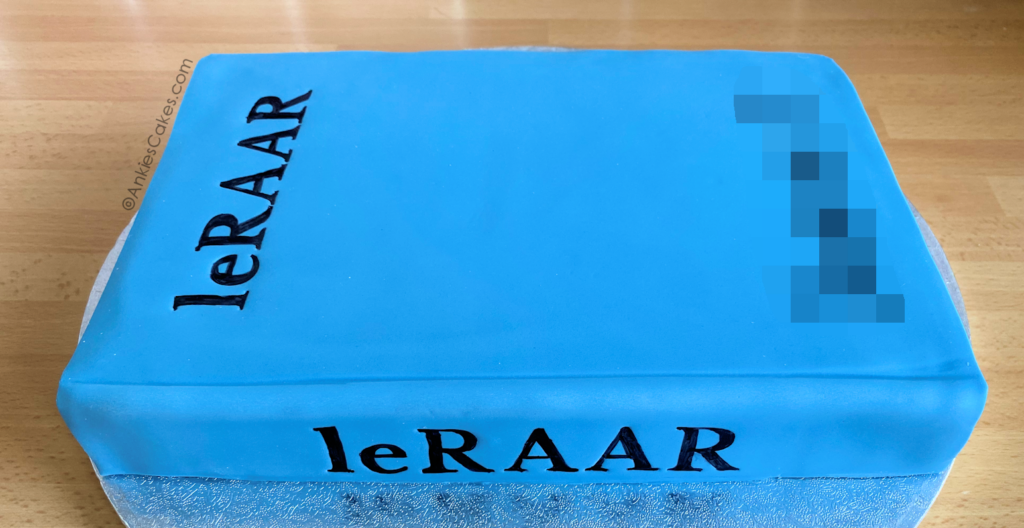 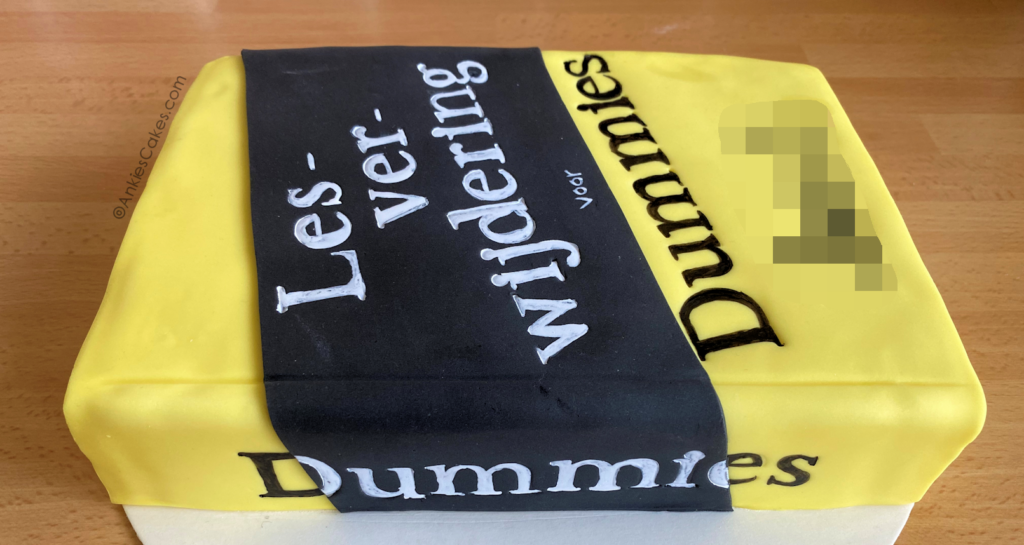