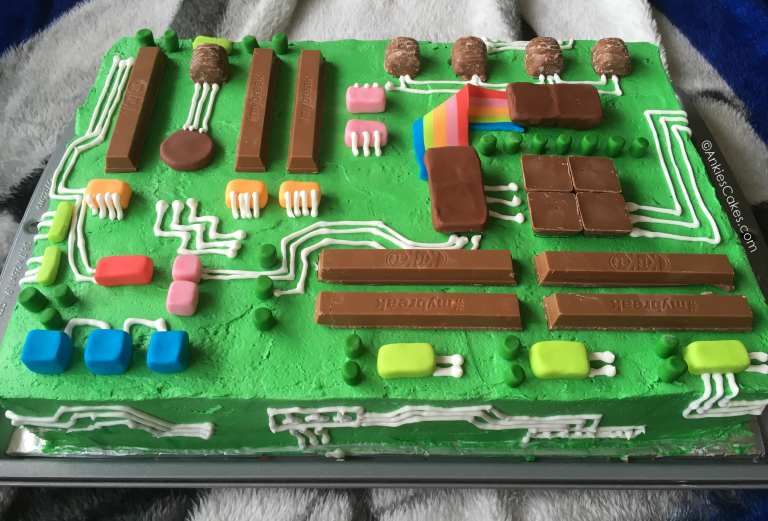 Happy birthday to my boyfriend! He really likes computers, he games like a lot XD But he also really likes to build pc‘s himself. I have the Nerdy Nummies cookbook, and this motherboard cake was in there so I really wanted to make it for him.

I baked a 9 x 13″ chocolate cake, made Swiss meringue buttercream that I coloured green and made royal icing for the line details. At the store I bought some candy that would look nice on it. But somethings they did’t have… Like a rainbow sour strip, so I made those elements out of fondant. My boyfriend was really happy with his birthday cake 😀